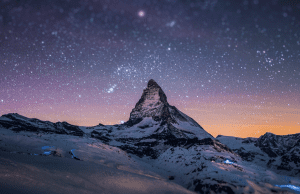 The first documented use of the word “glitch,” in 1962, is attributed to John Glenn, and in its figurative sense—meaning “hitch, snag, malfunction”—it’s marked in the Oxford English Dictionary as “astronauts’ slang,” etymology unknown. Who knew these explorers of the universe also made such important contributions to the development of the English language! I was looking into the history of glitches because it occurred to me that Hans Castorp might remark, “I assume there were some glitches in my French” when he’s chatting with Dr. Behrens about an earlier conversation with Madame Chauchat conducted almost entirely in French. But now the line looks a bit too outer-spacey to my taste. Even though the OED is tight-lipped on the question of where the word came from, I’m thinking it must have been inspired by the synonymous “hitch” (first documented usage in this sense 1748). In case you’re wondering, “hiccup” didn’t start referring to a hitch or glitch until 1965. Perhaps a glitch is what happens when you glide into a hitch?

“Glide” is a word I initially considered to render the German verb “schleichen” – the one Mann repeatedly uses to describe the way Mme. Chauchat crosses the dining room of the sanatorium after each of her door-slamming entrances at mealtime. The German verb “schleichen” implies several things at once: a stealthy, quiet, slow, smooth forward motion. It’s the catlike way the various incarnations of Irma Vep creep down a corridor. (Also: Chauchat!) I see Castorp’s view of La Chauchat’s way of being (and moving) as simultaneously admiring and disapproving. So “glide” can’t do enough of the work “schleichen” is doing; “glide” is too elegant, too positively freighted—“gliding” describes the movement of a swan or a cartoon queen. So for now, I’m experimenting with other options such as the polyvalent “slink” (= “To move, go, walk, etc. in a quiet, stealthy, or sneaking manner,” OED), “steal” (= “To go or come secretly or stealthily; to walk or creep softly so as to avoid observation,” OED), and “skulk” (= “To move in a stealthy or sneaking fashion, so as to escape notice,” OED).

As for the state of Hans Castorp’s French, I have astonishingly (this sort of thing is rare) discovered the model phrase “mit dem Französischen hapert es noch bei ihm” in my favorite 100+ year old German-English dictionary (= “his French is still very imperfect”), which is quite close to Castorp’s admission, “Ich nehme an, daß es mit meinem Französisch etwas gehapert hat.” Well, given that schoolboy Castorp was in the habit of drinking a medicinal beer before heading off to class each morning, it’s no surprise that his French has its shortcomings. Speaking of French, for those of you wondering just how much of that language Mann uses in his novel—above all in that long Carnival-night flirtation between Castorp and Chauchat, but occasionally also when other characters are showing off their savoir-vivre—I’ve now done enough math to report that it adds up to well under 1% of the novel. So: still a pretty German book all in all.

0 shares
Posted By Susan Bernofsky    Comments Off on Notes from the Magic Mountain, 9/12/22