Happy new year, everyone! 2020 marks the tenth anniversary of Translationista, which I started back in November 2010. Since then, I’ve written 830 posts. For a while I was regularly writing report-backs on lectures, conferences, and the like, as well as how-to guides, political reports from the field, and more personal essays. Over the last few years I’ve gotten busier and have kept up with the blog less; these days I often have trouble finding time even to write up and promptly post the most important announcements, such as submission and application deadlines and the winners of prizes (not to mention all the longlists and shortlists). END_OF_DOCUMENT_TOKEN_TO_BE_REPLACED

Posted By Susan Bernofsky    Comments Off on Translationista News for 2020 The first documented use of the word “glitch,” in 1962, is attributed to John Glenn, and in its figurative sense—meaning “hitch, snag, malfunction”—it’s marked in the Oxford English Dictionary as “astronauts’ slang,” etymology unknown. Who knew these explorers of the universe also made such important contributions to the development of the English language! I was looking into the history of glitches because it occurred to me that Hans Castorp might remark, “I assume there were some glitches in my French” when he’s chatting with Dr. Behrens about an earlier conversation with Madame Chauchat conducted almost entirely in French. But now the line looks a bit too outer-spacey to my taste. Even though the OED is tight-lipped on the question of where the word came from, I’m thinking it must have been inspired by the synonymous “hitch” (first documented usage in this sense 1748). In case you’re wondering, END_OF_DOCUMENT_TOKEN_TO_BE_REPLACED

Posted By Susan Bernofsky    Comments Off on Notes from the Magic Mountain, 9/12/22

As I work on my translation of Thomas Mann’s monumental novel The Magic Mountain, I learn so many interesting things. I’ve decided to start periodically sharing my thoughts on translation questions that pop up as I work. Here are a few: The carnival scene in MM is a crucial point of heightened tension—the customs of carnival allow Hans Castorp to approach Clawdia Chauchat and address her informally, using the familiar pronoun “du,” which works similarly to “tu” in French. Indeed, most of their conversation takes place in French, a language she’s more comfortable in than German. This language, which Hans Castorp speaks imperfectly, provides another “mask” he can hide behind as he declares his love to her. “Carnival” is a tricky word here, since its associations in English are more with places where Romance languages are spoken (such as Italy and Brazil). Those who’ve been to Germany (above all Cologne) in February are probably acquainted with “Fasching,” the German word for the carnival celebrated in the days leading up to Shrove Tuesday, the day before Ash Wednesday. It’s pointed out in the novel by resident scholar Settembrini that the word “carnival” comes from “carne” + “vale” = “farewell, meat!”; because END_OF_DOCUMENT_TOKEN_TO_BE_REPLACED

Posted By Susan Bernofsky    Comments Off on Notes from the Magic Mountain, 8/22/22 Translator and Scholar Humphrey Davies left us this past winter. I never got to meet him, but I’ll never forget what a pleasure it was to read his gorgeous translation of Elias Khoury’s The Gate of the Sun. He was a true artist.

M. Lynx Qualey has published moving words of tribute to him on the ArabLit website, from which the image on this page was borrowed. Please let her tell you about how Davies found his way to translation and became one of our most important translators of Arabic literature.

You’ll also find tributes to him posted by a number of colleagues on a still-growing memorial page on the ArabLit Quarterly website. 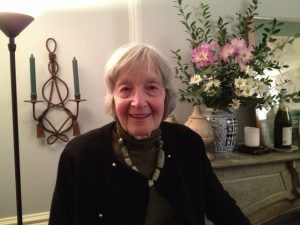 Lee’s first book, The Making of the Pré by Francis Ponge, her translation of Ponge, had appeared in 1979, from Indiana University Press, followed by her translations of Paul Fournel’s Little Girls Breathe the Same Air As We Do; Françoise Sagan’s The Painted Lady, and (using the pseudonym M. L Linden) Elvire Murail’s Stairway C. In 1982, Random House had published my first book, my translations made with Luciano Martinengo of major poems by Pier Paolo Pasolini. Jonathan Galassi then at Random House, was the publisher. John Calder published it in London in 1984, and in 1996, Jonathan now at Farrar Straus & Giroux published it again, an edition still in print. I had wanted to translate Pasolini because I loved his films, and the poems are stupendous. But I was writing a lot of my own work—poems, an opera, a novel—and rejected several offers to translate more books. END_OF_DOCUMENT_TOKEN_TO_BE_REPLACED February is Black History Month in the U.S. – a month that is unfortunately still needed since the history of this country is still largely told in ways that marginalize African-American voices and the stories and histories of Black Americans. In the U.S. publishing world, we’ve seen a lot of statements of solidarity with the Movement for Black Lives appearing over the past year, but it remains the case that there are still very few Black publishing executives in positions of sufficient power and autonomy to set policy and priorities in the industry and houses where they work.

In this context, writer/translator Aaron Robertson‘s recent article in Words Without Borders, “Publishers Need More Black Translator Friends,” is particularly helpful in laying out some practical steps that might be taken to increase the number and scope of foreign-language books from Africa and the African diaspora that reach U.S. bookstores in English translation. I highly recommend you head over to WWOB and check it out along with their entire January 2021 issue, entitled International Black Voices on Race and Racism. END_OF_DOCUMENT_TOKEN_TO_BE_REPLACED So it’s been about a year now since I started working on my new translation of Thomas Mann’s The Magic Mountain, but more than half the intervening months were taken up with other matters, so I’m still working on the book’s first 10%. Given the enormous size of this novel (not to mention its density), I find I’ve been working in a different rhythm than with the shorter books I’m used to, which I translated in a series of passes (rough draft, second draft, etc.) For MM, I’m using a more recursive model in which I revise previously translated sections of the book in between working on my first draft of other passages. This approach is helping me deal with the incredibly thorny prose of the long, nostalgic second chapter, detailing Hans Castorp’s childhood. END_OF_DOCUMENT_TOKEN_TO_BE_REPLACED